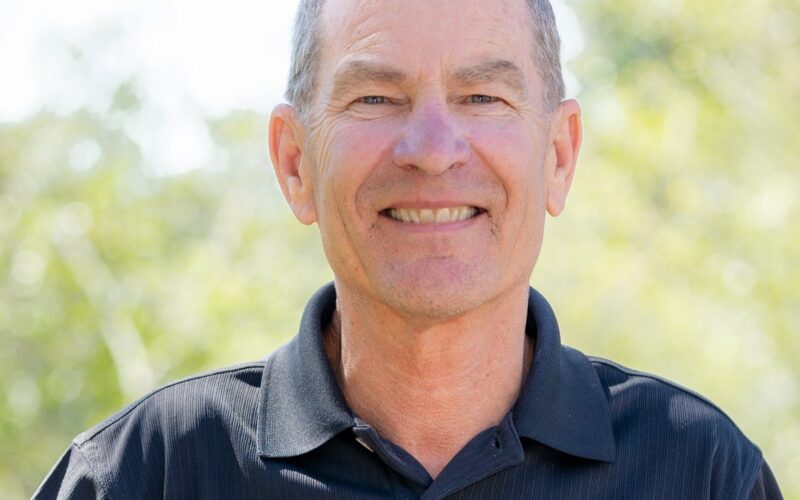 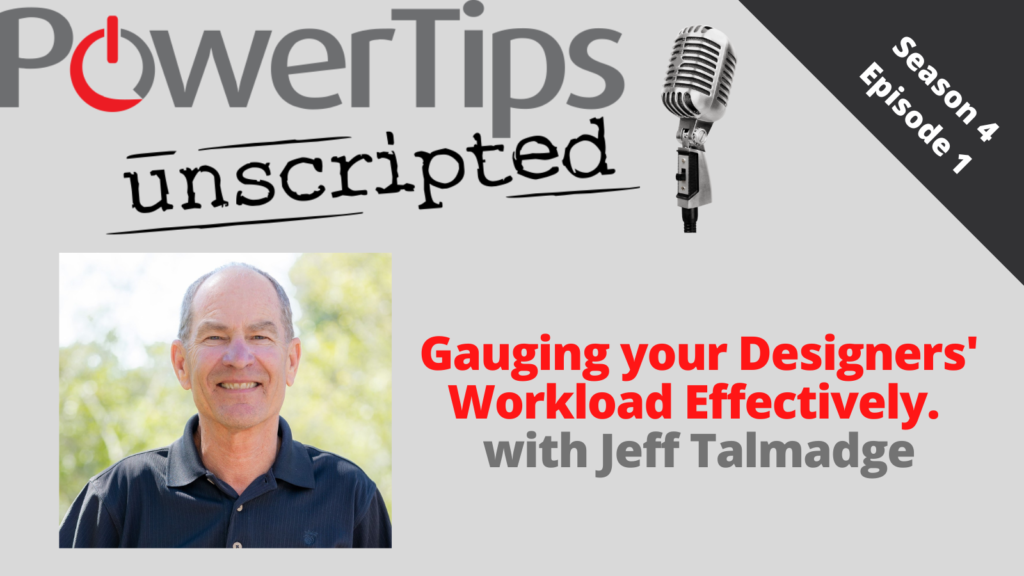 In this episode, Jeff Talmadge discusses how he and his team created a point system for his design staff to spread their workload.  Each designer is assigned a predetermined number of points, weighted by criteria such as permitting, scope, and complexity of the job.  The team tracks points weekly and has found that designers are less stressed, customers are given more accurate timelines, and production can plan their workload better.

Jeff Talmadge is the president of Talmadge Construction, a large, premium design-build firm based in Aptos, CA.  Jeff and his team pride themselves on their commitment to customer service, quality workmanship, and a strong team culture.

Jeff’s five words of wisdom – patience, persistence, never give up. 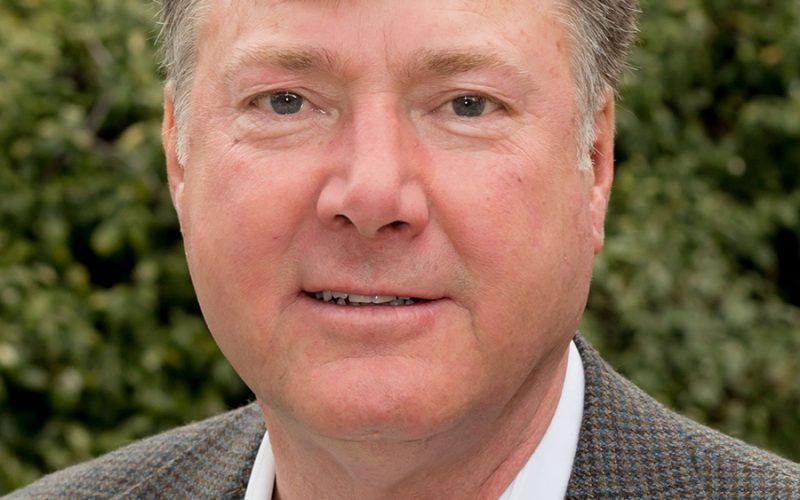 Leads! Lead! Leads! Business is good, leads are coming in. But are you over-qualifying, under-qualifying, or doing it just right?

Chip Doyle’s got research that says 30-60 percent of business is lost because the initial phone call is handled incorrectly. So if you’re not doing it just right, you’re leaving money behind.

In this episode, Chip’s back with Victoria and Mark to break down the best practices for lead evaluation over the phone, and what to leave for the salesperson to handle in the prospect’s home.

Chip Doyle wrote Selling to Homeowners — The Sandler Way, a best-selling industry book, and has been offering Sandler training for 20 years. He has worked with hundreds of remodeling companies across North America — including many of our Roundtables members and RA University members, and many other RA programs.

The most fundamental mistake many remodeling companies make — especially in this hot market — is mismanaging leads over the phone. Over-qualifying leads mean you’re actually losing money, says Chip. He says the salesperson’s job is to go out and get “no”s. Getting into the home is key, but too many owners wear too many hats and don’t have enough time to devote to sales calls. The result is being too stringent during the initial phone calls. Chip talks about how to qualify your prospects the right way, including: 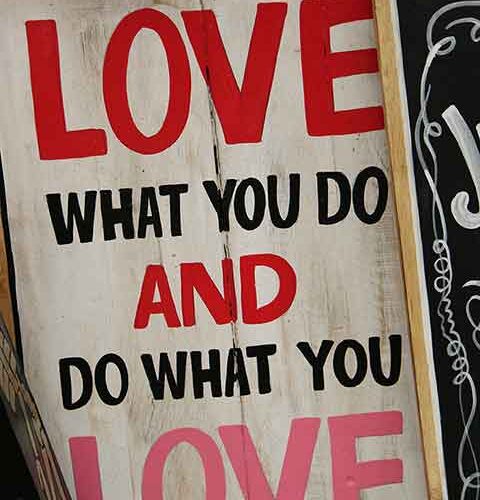 Hiring is on everybody’s mind these days.  But, utilizing the proper tools in the hiring process is key to ensuring you’re creating a great team.  Guest Mike DiFabion is here to share over 20 years of experience in the remodeling industry and the tips and tricks to creating a smooth, efficient hiring process.

Mike started DiFabion Remodeling, Inc. in 2000, intending to become the best local mid-sized remodeling firm in the Charlotte market. By providing superior customer service and controlled growth, the company now boasts a reputation beyond reproach and is enjoying its 16th year in business. 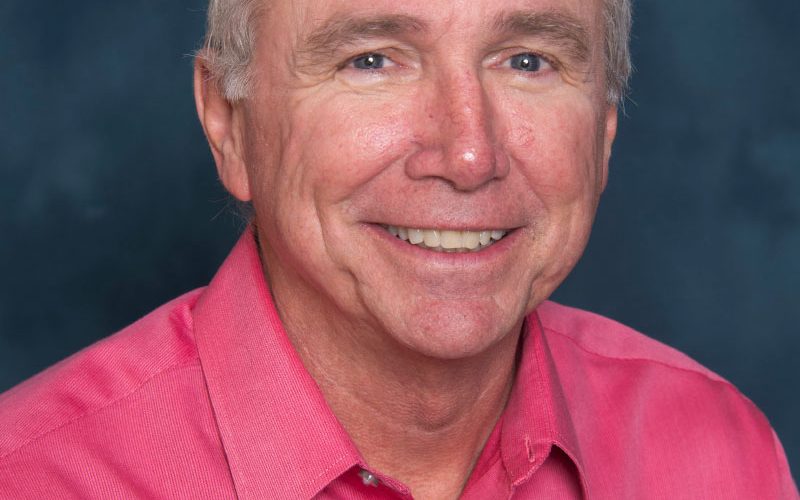 Many remodelers dream of one day building a high-volume remodeling company. Others aren’t sure it’s worth the effort.

In this episode, we talk to Jake Schloegel about what it takes to grow a high-volume remodeling business. Why build it? Who should be involved? What are the expectations?

Jake is the Founder of Schloegel Design Remodel, an award-winning Design/Build firm in Kansas City. He started in 1980 as a one-person company and has grown it, with the help of his team, to an operation exceeding $14 million in revenue annually. The company is now managed by Jake’s son, Charlie Schlegel, and his business partner, Chris Peterson.

Jake has been a facilitator and instructor for Remodelers Advantage for years and is very active in the remodeling community, having served as president of NARI from 1990 through 1992. 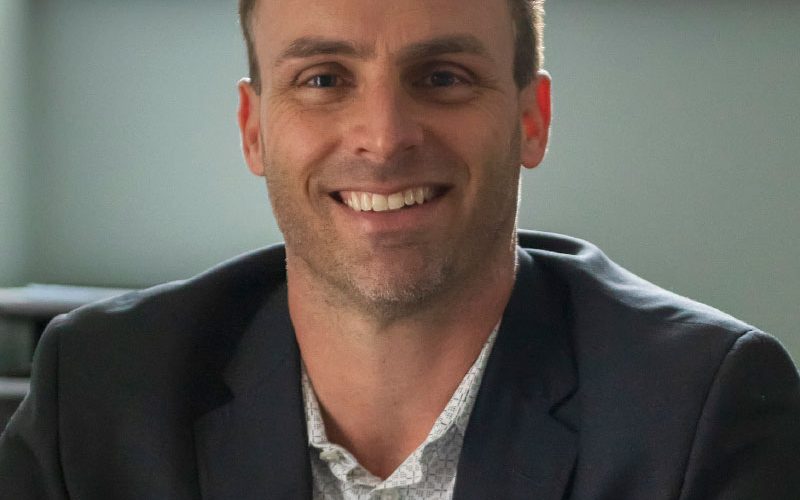 As a remodeling business owner, building wealth and financial security is something you want to achieve.

Unfortunately, it’s something that many put off because the needs of today are more pressing, especially with the current market.

In this episode, Victoria and Mark talk to George Kall about tips and advice on planning for your future financial security today.

George owns Metro Building and Remodeling Group, a Design-Build firm in Ashburn, VA. George started the company seven years ago and now employs a team of 9 and was recently ranked #107 on this year’s Remodeling Magazines list of largest remodelers. 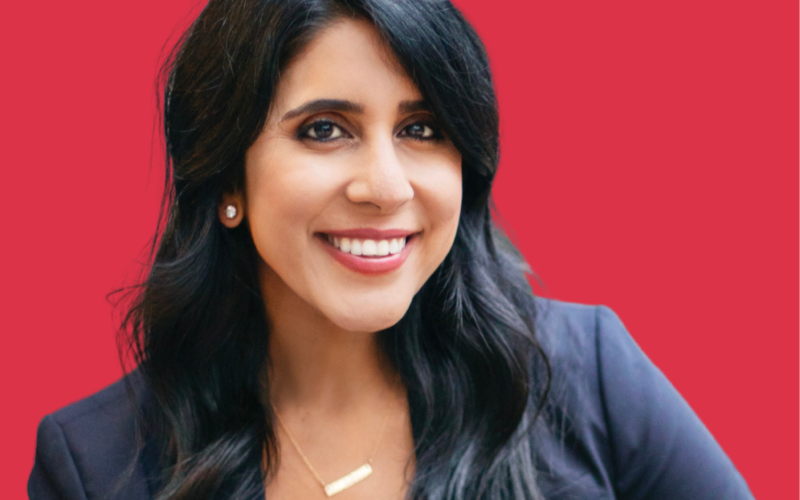 Henna Pryor joins us to talk about digital messaging and sales psychology to help business owners improve their online presence. Henna discusses the 5 biggest mistakes people make when they use digital messaging including not sounding like robots and not being self-centered in our writing.

Henna Pryor is an in-demand speaker, executive coach, and workplace performance expert, who was a #1 top seller and leader at a $2B firm for over 14 years. She’s speaking at TEDx in NYC in September and is publishing her first book, Awkward & Upward, in 2023.

Victoria, Mark, and Henna talk about: 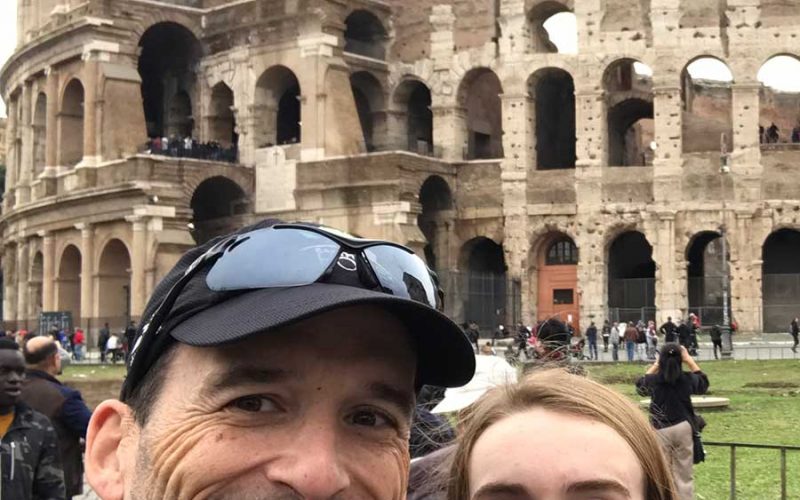 Recession-Proofing Your Company with Dave Edwards- [Best of Powertips Unscripted]

It’s easy to be successful in a great economy. You can get away with a lot of bad habits, lack of systems, and high overhead when jobs are large and margins high. But when the economy contracts, job sizes shrink, and margins erode, those bad habits can have a huge affect on the health of your company. Focusing on the right things when times are good are key to recession-proofing your business.

In this episode, Dave Edwards talks to Victoria and Mark about the lessons he learned and the changes he made to create a healthy company following the last recession, and how that positions it to survive and even thrive in the next downturn.

Dave is the founder and president of Earth Bound Homes, a home-building and remodeling company in San Jose, CA. Before he joined Remodelers Advantage Roundtables in 2014, Dave spent 12 years learning all the different ways to not build and run a profitable construction company.

His path to recession-proofing his company came after watching other remodelers and builders go out of business in the last recession. After his company almost went bankrupt in 2011, he joined Roundtables and also went to counseling. He talks about his path to success in business and in his personal life, and how he has built a company that can withstand an economic downturn, including: 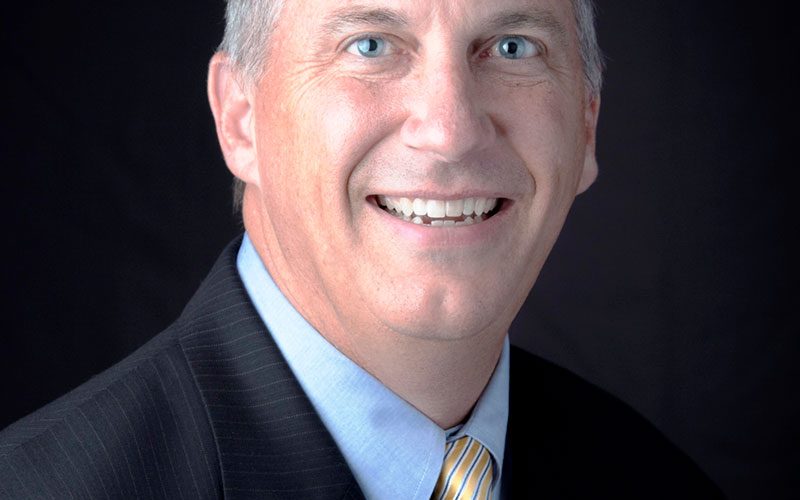 If you’ve ever visited any Disney theme park across the globe, you may think nobody does customer service and experience like Disney. Although the execution is complex, the baseline concepts are quite simple.

In this episode, Pete Blank shares customer-service strategies from Disney with Victoria and Mark, and shows you how to apply these lessons to your remodeling company to boost your own team’s customer-service performance.

Pete has been developing leaders and improving service levels of organizations for the past 25 years — 13 of those with the Walt Disney Co. and the past 12 in local government. He loves inspiring others with ways to enhance their organizational culture. You can learn more about Pete Blank at his website: www.peteblank.com, or on his LinkedIn page.

Growing up near Disney World in Orlando, Pete says he knew he always wanted to work there. After a few years as a sportscaster in Alabama, Pete went to Florida and began working at Disney World. He, his wife and family moved back to Alabama and he took  what he saw as a temporary job in local government, where he still uses his customer-service strategies. The biggest challenges to providing outstanding customer service and experiences are speed and expectations. Technology has changed the speed and convenience with which goods and services can be delivered. You have to align your clients’ expectations with what you can actually deliver. 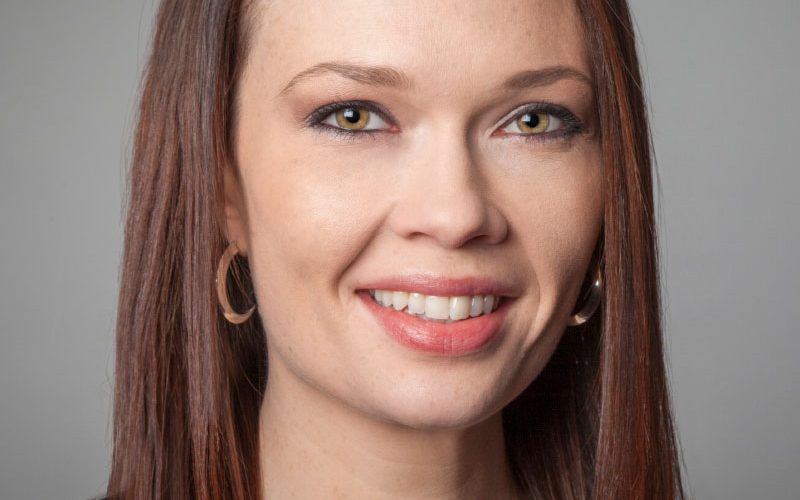 Best of Powertips: Ep. 117: The Six Habits That Can Change Your Life with Laura DiBenedetto 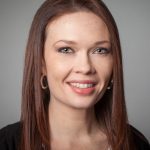 Remodelers Advantage is dedicated to helping remodeling business owners become more successful, while creating an environment that allows them to lead a more balanced and satisfying life.

Victoria and Mark welcome best-selling author, Laura DiBenedetto, to the show to share the truths that reveal the pathway to the truest freedom a person can have.

TEDx Speaker and author of The Six Habits, Laura teaches us how to create the life of our dreams without sacrificing what we love. As Founder and CEO of Vision Advertising, she has helped hundreds of companies build and grow profitable enterprises. Laura lives on Maui with her husband.

Mentioned in this episode:
Laura’s Website
The Six Habits 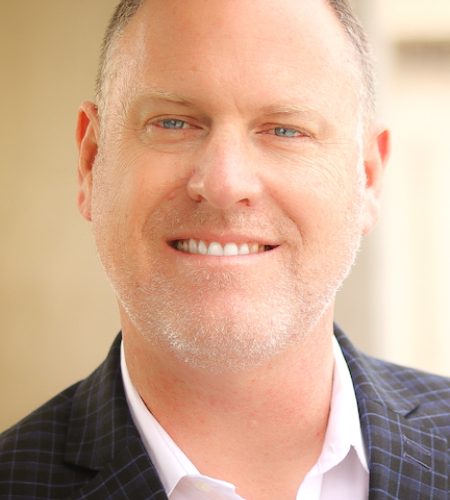 Best of Powertips: Ep.132: How to Shatterproof Your Business with America’s Legal Coach

There are many legal challenges that can appear suddenly for remodelers, builders and business owners. It is imperative to build your business on a foundation that can weather the storm so that, as our guest today puts it, it doesn’t matter.

In this episode, we talk more about the process of “shatterproofing” your business with America’s Legal Coach, Scott Reib.

Scott is the owner of ReibLaw, a full-service law firm with over 20 years of Business Law and Estate Planning experience. For the last two decades, Scott has been helping business owners, entrepreneurs, coaches, and service providers to “shatterproof” their businesses and succeed in the professional world.